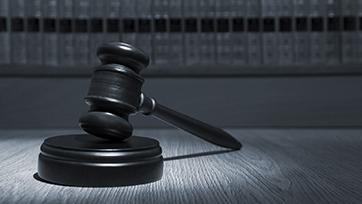 We're On Your Side

Thank you for contacting us! If needed, you will hear back within 48-72 hours.

The Attorneys at Loccke, Correia, & Bukosky are experienced legal professionals who hold a keen understanding of your individual situation.

Richard D. Loccke is a founding member of the law firm Loccke, Correia & Bukosky in Hackensack, New Jersey.  His practice specializes in the representation of labor organizations in the private and public sectors.  Mr. Loccke serves as co-counsel to the New Jersey State AFL-CIO, General Counsel to the New Jersey State Trooper NCO and SOA Unions, and works with numerous labor organizations at the State, County and Municipal levels.  Mr. Loccke serves as labor consultant to the New York State Police PBA, Connecticut State Troopers Union, Rhode Island State Troopers Association and the State Police Association of Massachusetts.  He has also been a frequent lecturer on labor-related and employee rights issues.  Mr. Loccke is admitted to practice before the Supreme Court of New Jersey, Federal District Court for the State of New Jersey, United States Supreme Court, and United States Court of Appeals.  Mr. Loccke was appointed by New Jersey Governor Jon Corzine and approved by the New Jersey Senate to serve as Trustee of the New Jersey Police and Fire Retirement System, a position which he continues to hold.  Mr. Loccke received a B.A. in Political Science from Rutgers College and his J.D. from Seton Hall Law School.  Mr. Loccke resides in Rutherford, New Jersey.

Our firm exclusively represents public sector labor unions, private sector labor unions, and employees against public employers and management. We do not under any circumstances represent employers.  Our dedication to labor unions unwavering.  We represent labor unions in all aspects, including litigation in State and Federal Courts on all issues. as well as negotiations of collective bargaining agreements, advice on handling grievances and representation at arbitrations, and enforcing labor contracts.